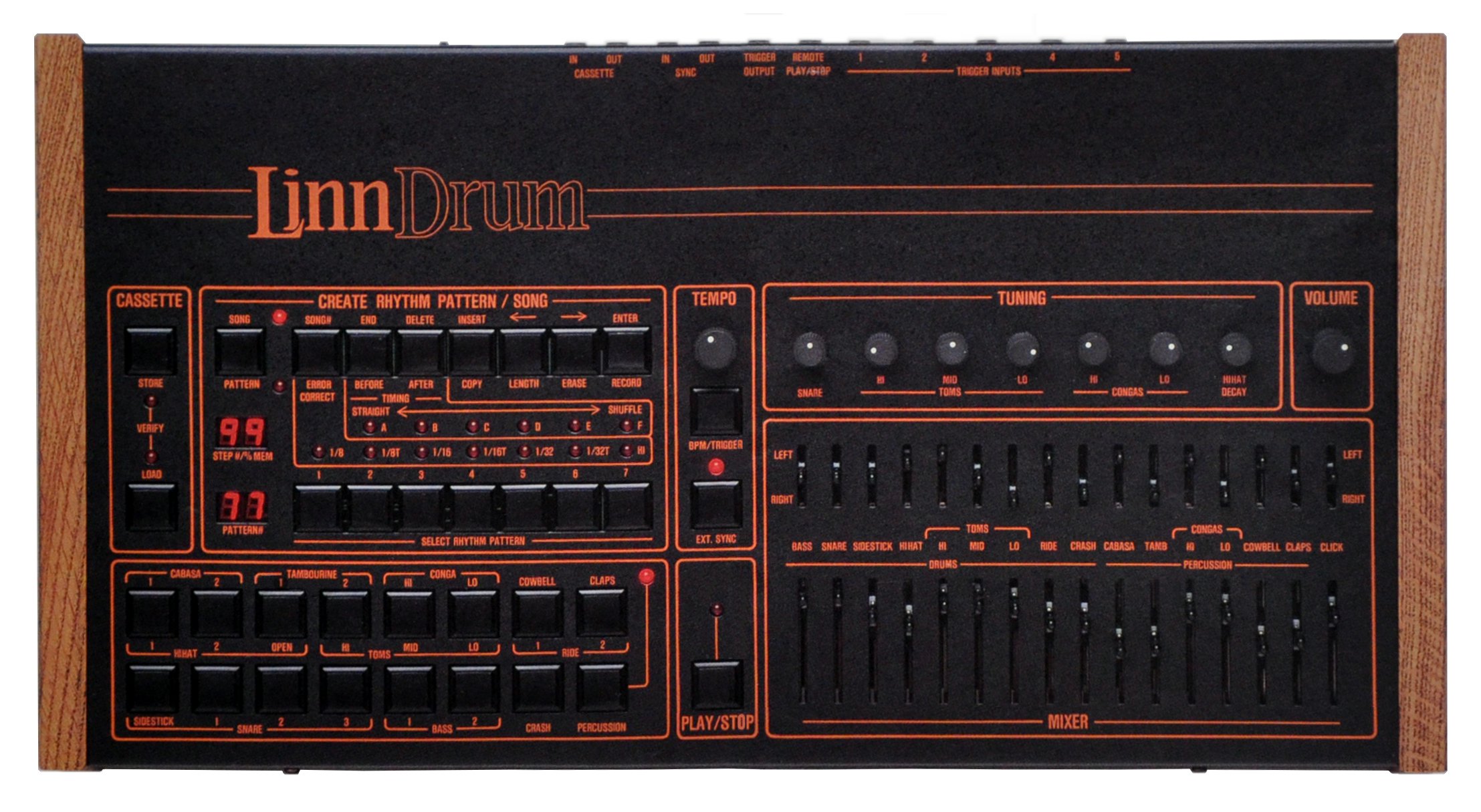 From the hip hop’s immortal 808 kick to the sound of the mighty Linndrum, drum machines have provided the pulse and energy in electronic music for more than 40 years and we keep getting hypnotized by the robotic grooves they provide.

The history of the drum machine actually goes back all the way to the 1930s, when Leo Theremin (yes, that Theremin) built a sine wave based rhythm instrument called the Rhythmicon. The size of a refrigerator and notoriously hard to use, it wasn’t a hit and it would take another 30 years before rhythm machines actually started to come out as products. Early examples such as the Wurlitzer Side Man used vacuum tubes for sound generation and mechanical rotating discs for sequencing and they didn’t make a huge impact on music when they came out. Gradually, drum machines shrunk in both size and price with the adoption of solid state electronics and products such as the Donca-Matic range from Keio-Giken (that would later become Korg) in the late 60s.

Drum machines were initially thought of as accompaniment tools that practice your playing to when a drummer wasn’t available and indeed they didn’t really see much use in recordings from the era. In the early 70s drum machines started to appear in pop productions with Sly & the Family Stone scoring the first #1 featuring a drum machine: Family Affair.

As electronic pop music started to evolve, drum machines became part of the sound and not a novelty. With more advanced products such as the Roland CR78, artist could program their own rhythm patterns and the electronic rhythms could be heard on more and more pop records.

In 1980, the Linn LM-1 came out. It was a pricey unit at almost $5000, but it offered sampled drum sounds and helped define the sound of the 80s as we know it today. Ironically, the most iconic machines of the era: the Roland TR-808 and TR-909 didn’t make a huge impact when they first appeared. They were analog drum machines (apart from the hi-hats and cymbals in the 909) and didn’t sound as modern as their sampled counterparts that came out around the same time. The 808 & 909 route to legendary status went via pawn shops and classified ads where a new generation of hip hop beatmakers and budding house producers could get their hands on these machines for peanut money.

Looking to add the sound of iconic drum machines to your beats? Reason’s Redrum was designed to mimic the 80s legends both in sound and workflow. And the mighty Kong Drum Designer lets you craft your own synthetic drum sounds. The Propellerhead shop is a gold mine for these sought-after sounds. Rack Extensions to emulate classic drum machines, drum loop libraries constructed with the legends from years gone by - take a look at which of these top drum machines will work for you.

Don’t have Reason? Start with a free 30 day trial and see what Reason can do for your music-making.