Hello world, here's Pattern Mutator! It's a new sequencer Player and I think you're really gonna love it. Check out the video above and, when you're done, read on to find out how it came to be.

Pattern Mutator originally came about from something Andy (our graphic designer) had been thinking about for a while. A sequencer where you could, in his words, "fuck your sequence up" randomly—but still retain enough control to feel like you're in charge. This was around the time when I was obsessing about the Roland SH-101. It's likely my favorite synth of all time, much due to the incredibly immediate step sequencer. Something very close to it is also in the Arturia KeyStep, which I use a lot in the studio. So when Andy mentioned his idea we started combining it with the straightforward step recording of days gone by. 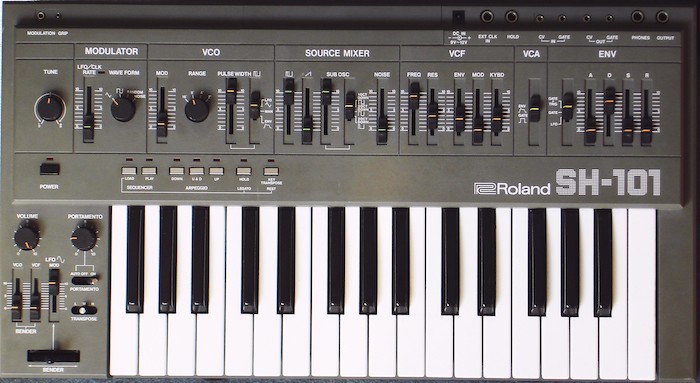 We enlisted the talents of Niklas at Robotic Bean and quickly got a prototype going. When I tried that first version, it was clear that this was going to be awesome. There's something almost magical with step input because it's so different than playing a keyboard. Without thinking too much, you'll quickly get something that sounds interesting—and if you don't it takes seconds to clear the pattern and try again. To not be totally stuck in the 80s, Pattern Mutator is polyphonic and does real-time recording too. This means you can record the output of any other Player MIDI effects and mutate that!

Of course, the mutation is what really makes Pattern Mutator magical. Think of it like this: you feed it your idea and it spits out an infinite number of variations. You're in control about roughly what will happen, but the process is still random so every time you mutate you'll get a new result. Try it with your basslines, percussion or hi-hat parts, melodies, chord progressions and anything else you can think of.

Pattern Mutator's been a blast to use during development and it's a joy to finally release it to the world. I'm looking forward to hear all the music you make with it.