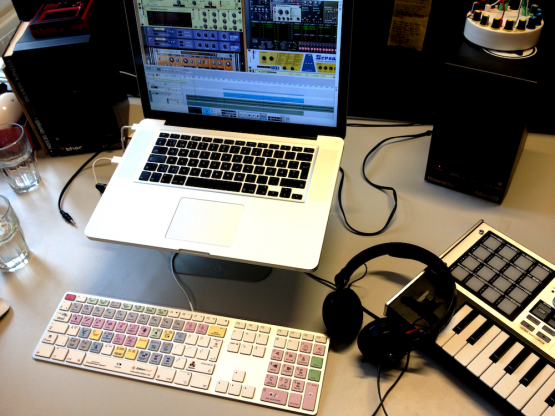 We recently got our hands on the new Editors Keys for Reason so of course I had to try it out! I've been using Reason for a long time so many of the shortcuts are programmed somewhere deep in my muscle memory but I actually still found the keyboard useful.

As a laptop user, it was great having the numpad for sequencer control. Thanks to the visual guide I quickly learned how much I've been missing by not having access to quick buttons for play, record, alt takes and sequencer navigation. It was also really useful to have clear labels on the F-keys. I always mix up Spectrum EQ and Recording Meter otherwise.

The keyboard is actually an official Apple keyboard so it's well built and works the way you'd expect. This particular one had the UK keyboard layout, which I'm generally comfortable with, but I wouldn't mind having one with Å Ä Ö.

If you're a Reason power user that needs a bit of a workflow boost, do check it out. :)