29 June 2022, Stockholm – Chord Sequencer, the latest Player device from Reason Studios, is the fastest way to new chords for new exciting music. Whether you’re already a skilled player but stuck in your chordal ways or still learning how to master the keys—the magic of Chord Sequencer is how it helps you try things your fingers may not naturally gravitate towards.

Don’t know how to play a big arena voicing of a m9 chord or the jazzy coloration of a dominant 7? Looking to change up your vibe and borrow the harmonies of anything from Jazz or Pop to EDM or Classical? Just load up Chord Sequencer and start exploring the built-in Chord Sets. Each Chord Set is composed of 16 interesting and perfectly curated chords in a certain genre or mood. With over 50 chord sets and over 900 chords, it’s instant inspiration for new songs. 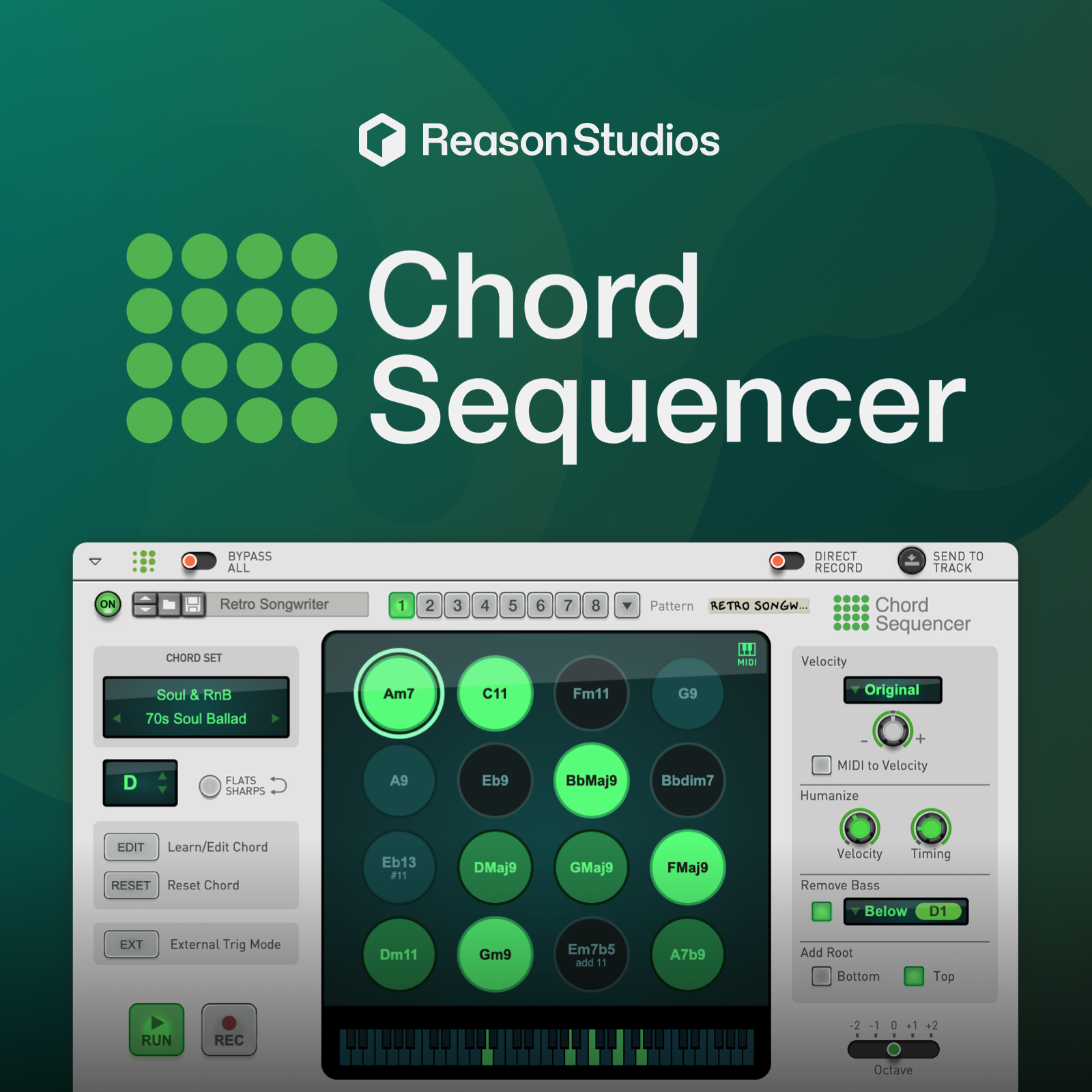 “We built Chord Sequencer to make it quick and easy to explore chords you might not think about playing. A way to avoid your muscle memory and play something new. Put together by seasoned musicians, the Chord Sets are flavorful with both expected and surprising harmonies.“ says Reason Product Manager Mattias Häggström Gerdt.

With its unique chord suggestion feature, Chord Sequencer helps music makers understand which chords fit like a glove and which are more unexpected. Whenever you play a chord you’ll see the other chord pads light up with different shades of green indicating how “appropriate” they are as a next step in a progression. Whether you want to play it safe or be bold, Chord Sequencer will guide you every step of the way.

While Chord Sequencer will help you along the way, it still leaves music makers in full creative control. You can edit the chords, add new chords, and build your own chord progressions using the built-in sequencer to get exactly the vibe you’re looking for. Sequence, record, or export your chord progressions to add harmony to any instrument—in the Rack or in your DAW of choice.

Chord Sequencer is exclusive to the Reason platform and can be used in any DAW via the Reason Rack Plugin (VST3/AU/AAX) or the Reason standalone DAW.

Reason+ subscribers already have access to Chord Sequencer but if subscription isn’t your thing, the device can also be purchased separately through the Reason Studios Add-On Shop.

Chord Sequencer will retail for $69 (74€) but for the first two weeks we’re offering users an amazing intro offer! Until July 13, you’ll be able to get your hands on Chord Sequencer for just $49 (54€). 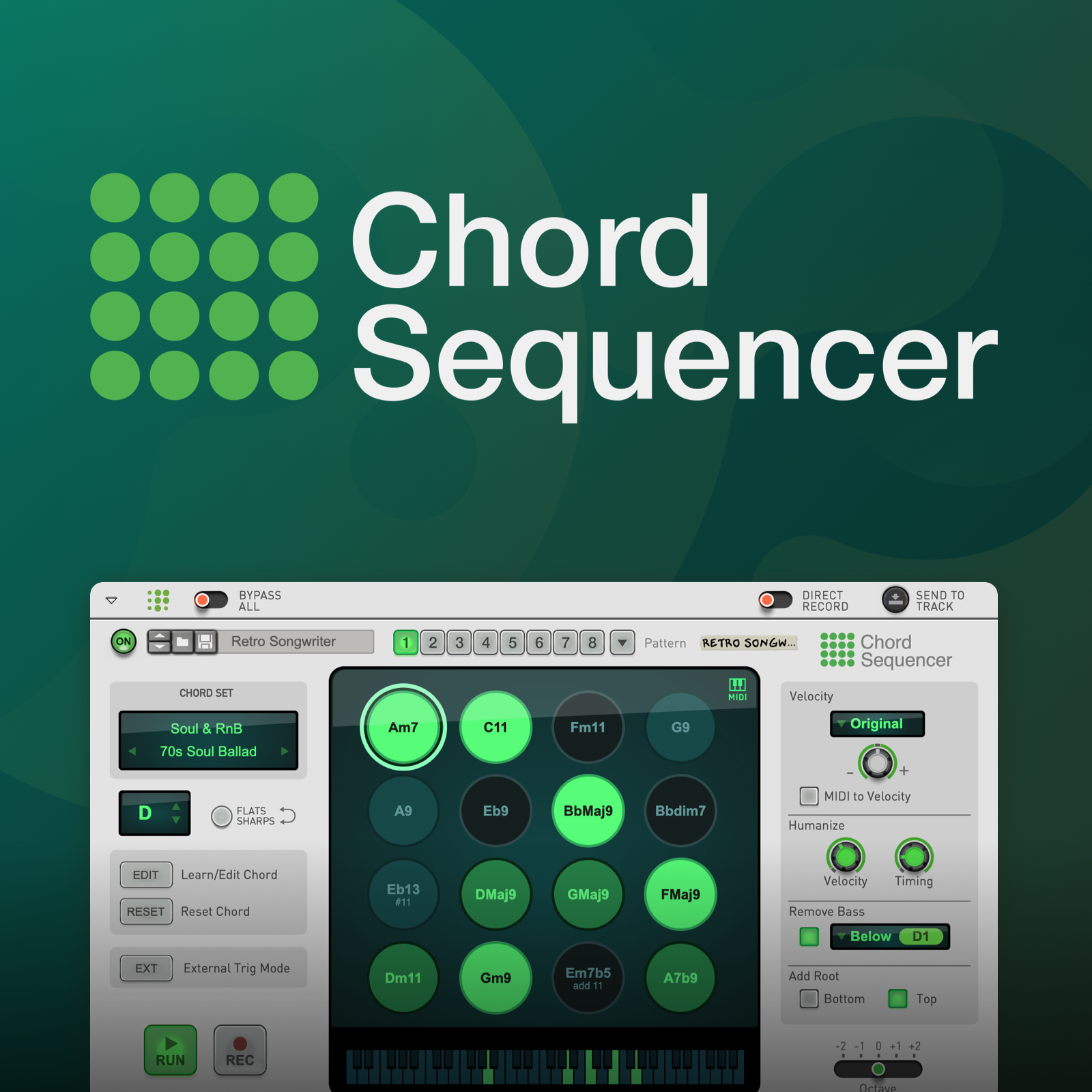