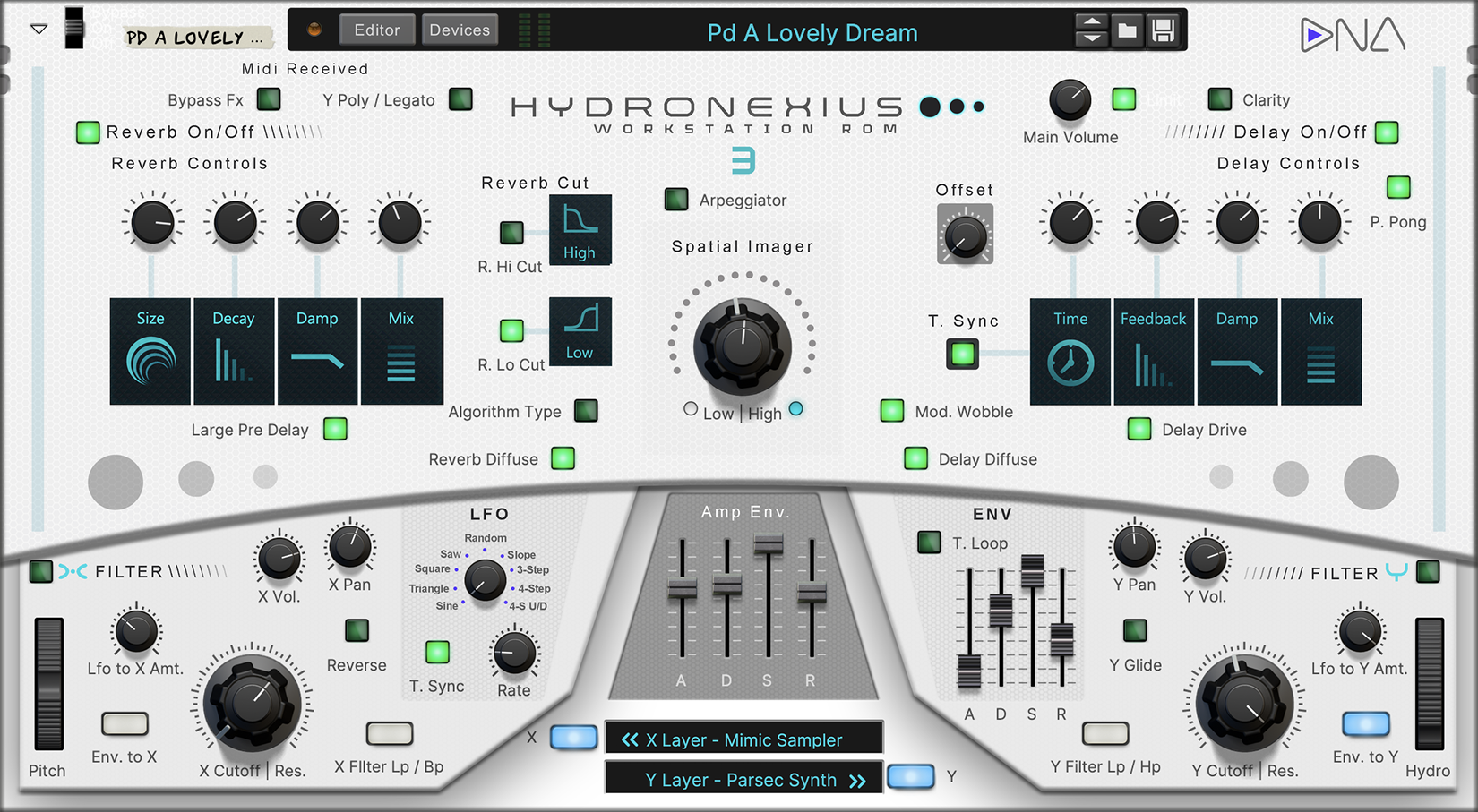 New patches, new samples, new skin…
This ReFill contains a full fledged Combinator 2 capable of creative, futuristic, and unique sounds. At the heart of this ReFill is the Parsec 2 Synth and Mimic Sampler loaded with meticulously crafted new content and presets with tons of modulation from the Echo, Sweeper, Quartet, Polar, Rv7000, channel equalizer, & channel compressor. The effects are just the beginning, there are multiple players and effects chained for filtering, futuristic chopping, gating, sequencing, and arpeggiation. There is a massive sound bank of new futuristic synthesized content included. The Combinator 2 has opened tons of possibilities for the Reason Community!

The Hydronexius 3 Snow also comes with the an all new multi-effects engine which groups all new effects such as the Ambient Abyss Filter with Unison Modulation, Phantom Phaser, and G. Chorus. There is also pitch modulation effect called the Tune Polarizer which layers, modulates, applies tape drift / ghost drift and loops sound. Lastly the Analog Harmonix Distortion (AHD) processor adds coveted tube and transistor (solid state) harmonics to the sound with a precision equalizer for more control.

Note: This is not a Rack Extension and is not backwards compatible with previous Hydronexius patches.