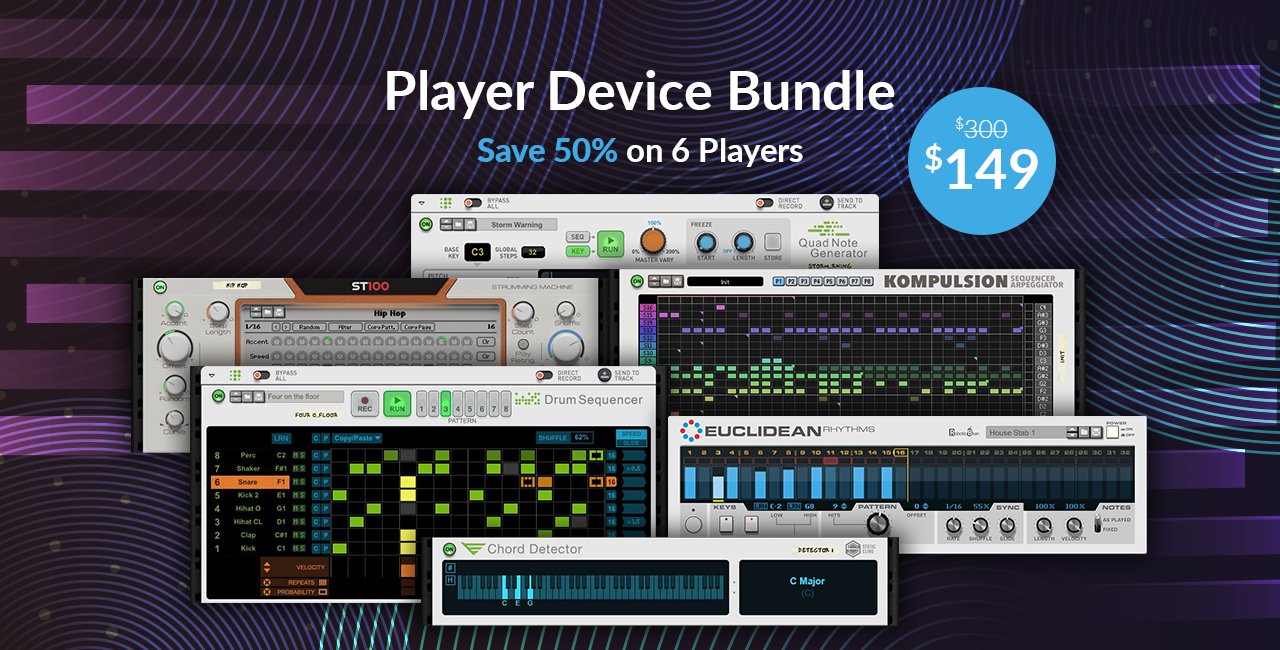 Set your creativity free with six inspiring players in the Player Device Bundle. Players are performance devices that add a new dimension to your existing Reason instruments. Whether you’re a trained musician or just starting out, these players can help you achieve new sounds and styles.

Simply drop a player above an instrument in the Reason Rack and select a pattern from the massive collection of presets to generate fresh, new ideas. Or quickly create your own complex rhythms, lush chords and catchy melodies with a few clicks of your mouse.

Save 50% on these powerful performance devices with the Player Device Bundle and unlock ideas you didn’t know you had.

Euclidean Rhythms
Make beats with the power of mathematics! Euclidean Rhythms is a 32-step sequencer that generates interesting, inspiring rhythms based on the ancient Euclid algorithm. Creating beats with Euclidean Rhythms is fast, easy and fun. Simply tweak the density knob and offset controls until you find a rhythm you like. Then fine-tune your beat by adjusting timing, shuffle, note length and velocity.

Chord Detector
Chord Detector is a sleek, CPU-friendly player that can accurately and instantly detect over 75 unique chord variations. Unlike most players, Chord Detector doesn’t actually alter MIDI notes. It simply analyzes the notes and passes the MIDI data through, helping you identify chord names without slowing down your creative flow.

Included in this bundle