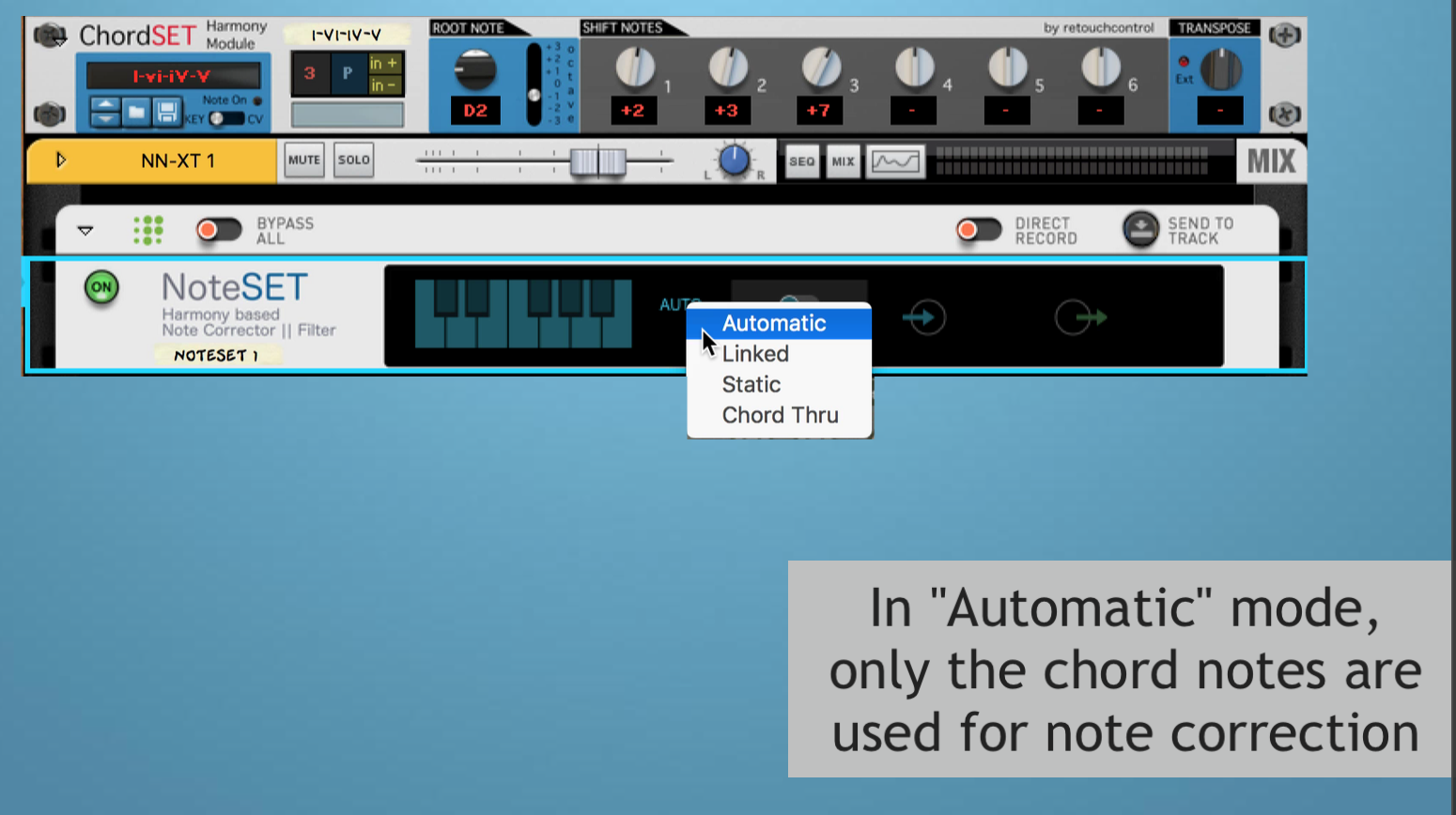 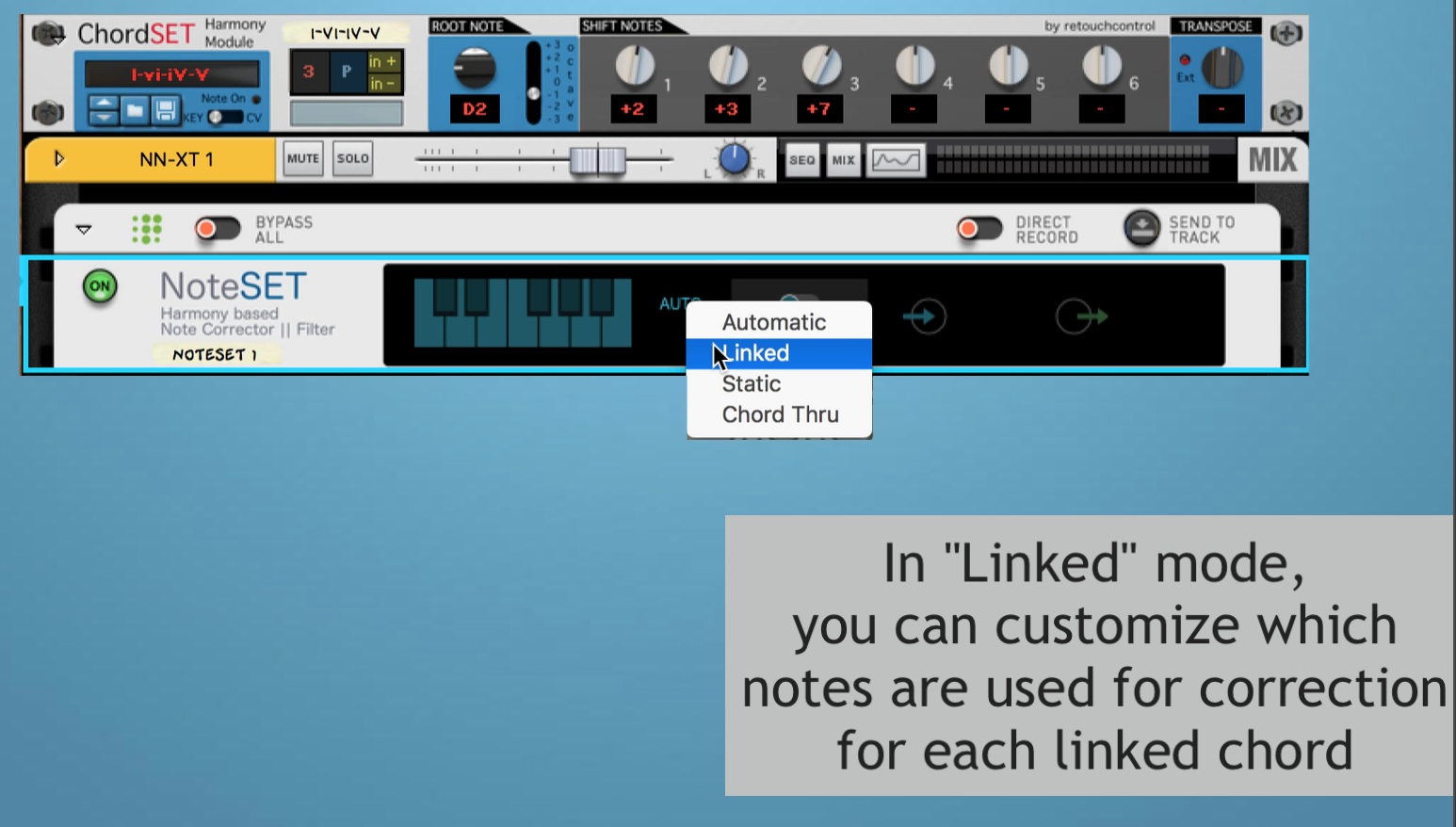 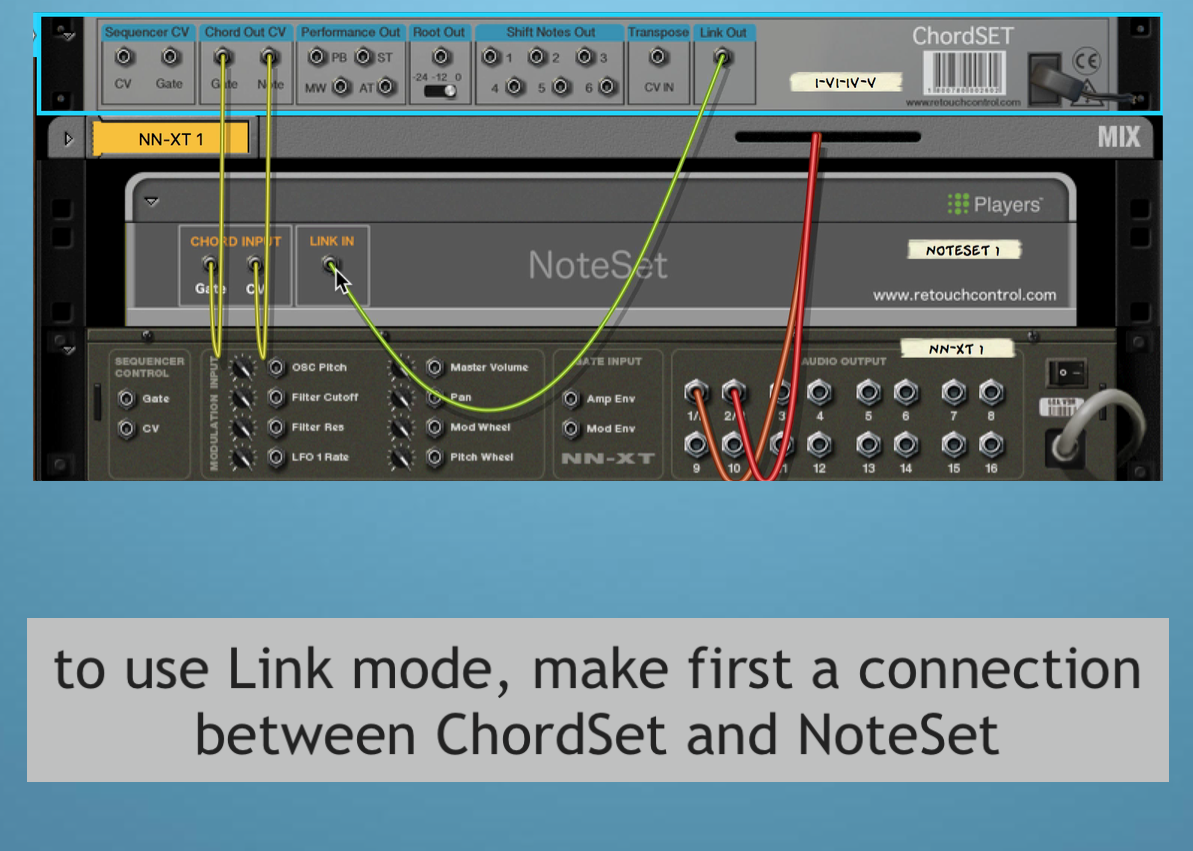 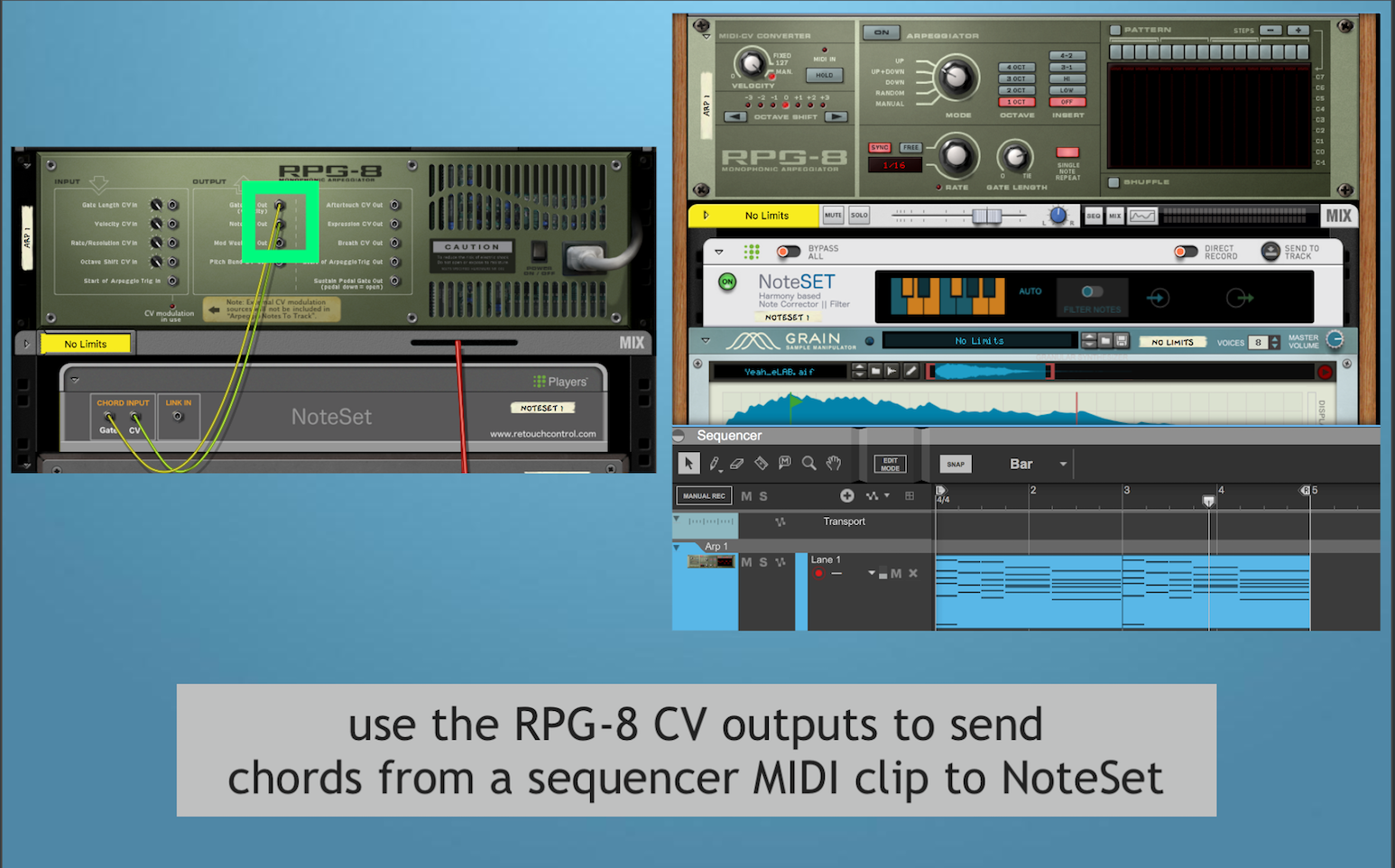 NoteSet is a player device which works in conjunction with the ChordSet and ChordSQ Rack Extensions. The player corrects or filters incoming notes based on the chord received at the CV inputs. It can be used to correct or filter notes played live from a MIDI keyboard or from MIDI clips in the sequencer. It can also correct notes from devices like Matrix or similar when hosted inside a Combinator.

Automatic: incoming notes are corrected to the closest note of the currently playing chord

Linked (when used with ChordSet): incoming notes are corrected to the closest note in the scale linked to the currently playing chord. In this mode, the user can assign custom scales for each linked chord

Static: incoming notes are corrected to the closest note in the “static” scale chosen, independently of the chord being played

Chord Thru: the player can be used to write the chords received from ChordSet to midi notes in the sequencer using the “Direct Record” or “Send to Track” functions.

In contrast to the Scale & Chords player, NoteSet does not use a predefined musical scale, it’s always adapting to the chords being played. The same incoming notes are corrected or filtered to different notes with each new chord, and this can create more interesting melodic and bass parts. In some cases, for example with parallel or more jazzy progressions, there is often no fixed musical scale, so note correction or filtering based on the chord notes is likely to produce better results. With the addition of “Linked” mode, the user can customize the notes used for correction individually for each chord, thus allowing the creation of more advanced set-ups for harmonic and melodic experimentation.

Version 1.1.2 Update: added On/Off automation, added the ability to receive chords from a sequencer track via the RPG-8 CV outputs