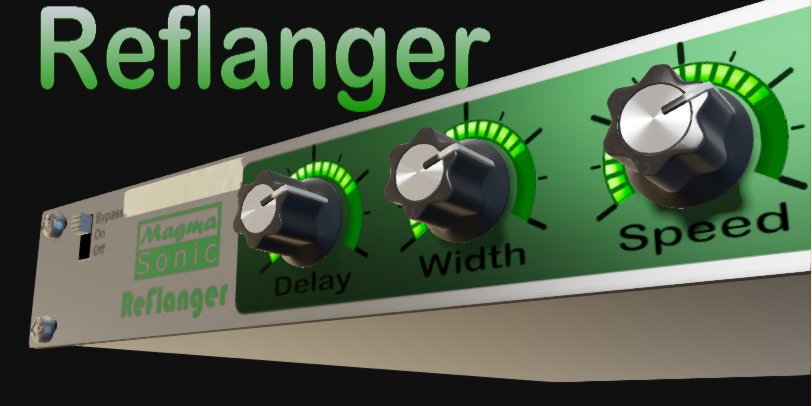 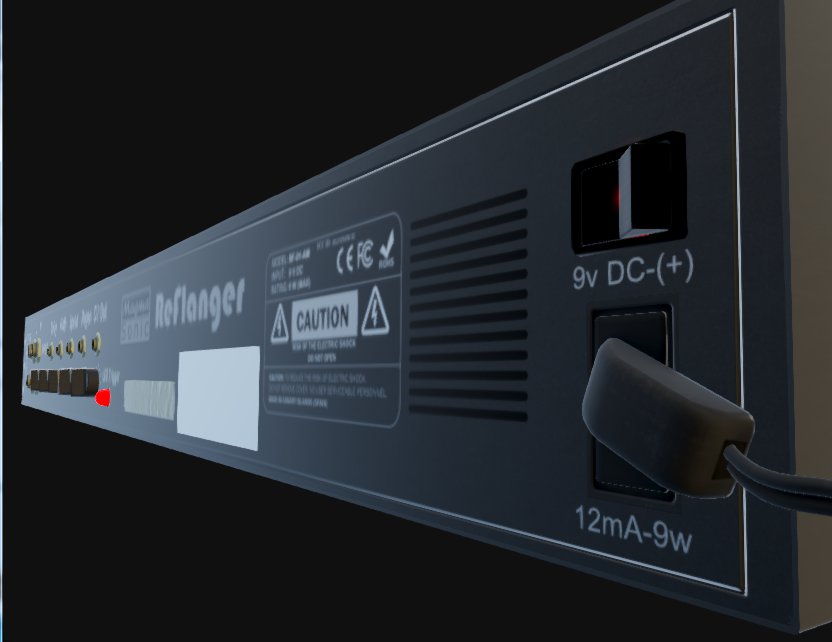 The origin of the ‘flanging’ is placed in the 60’s. Recording the same music on two tape recorders and simultaneously playing both, while the hands alternately accelerated and braked the tapes (playing with pressure exerted on some moving parts of the player ), phase cancellations appeared at different points in the spectrum. Later in the 80s, the dedicated effects pedals appeared, imitating this sound through a long chain of capacitors,
embedded in an integrated, known as Bucket-Brigade Device (BBD). The most common of them all was the Panasonic MN3207 IC.
Magmasonic__ has managed to replicate the behavior of said chip, being faithful to the generated sound, without the drawbacks associated with this technique of analog sampling, such as noise and artifacts produced by the loading and unloading of the capacitor chain.