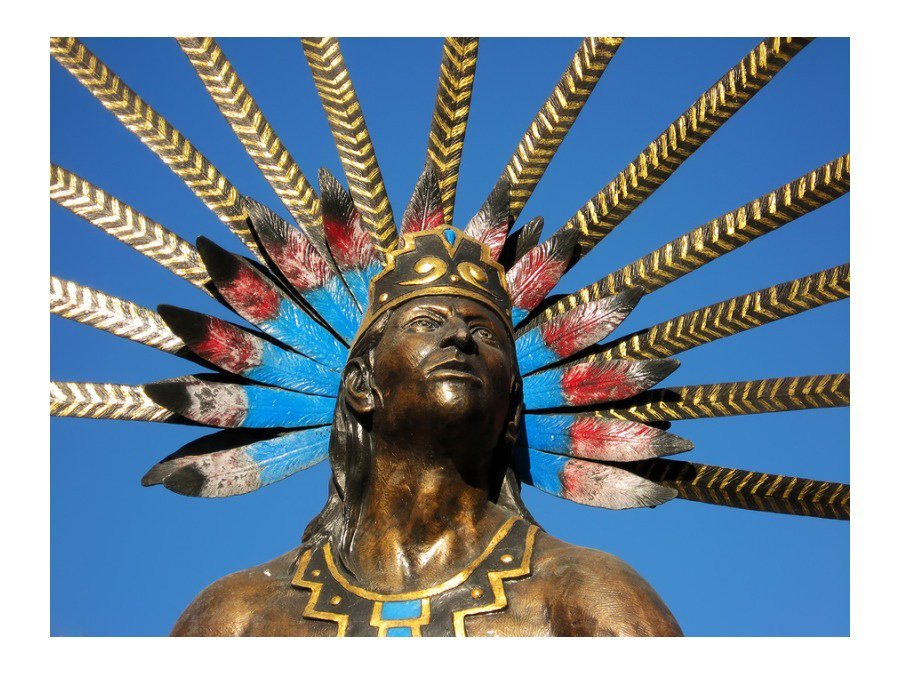 Teponaztli Log Drum & HueHuetl Drum - The Teponaztli and HueHuetl were the main percussion instruments of the Aztecs. The fierce Huehuetl would lead into battle, or was used in ceremonies including human sacrifices, often with the teponaztli.

Originally played by hand, legend has it that after the Spanish conquered
Mexico the huehuetl was outlawed – punishment was cutting off of the
offending hand of the player! Years later, when the drum was legalized,
players struck them only with sticks, in memory of those who lost hands in the
past.

Friction Drum - From the Costa Chica region in Oaxaca and Guerrero comes a friction drum made of a calabash and a goat skin head, with a string which can be rubbed, pulled, or popped, making a variety of wild sounds. The friction drum has been used in Mexico back to Mayan times,

Mexican Bells - copper, iron, and clay hand bells, which have been used in Mexico back to pre-hispanic times.

Cántaro - Clay jug from Chiapas that is hit to get diverse percussion effects. Here we strike it with different water levels in the jug to change pitches.

Tamborin - A small spinning drum that has beads attached by beads, so that when you spin it the beads strike the drum heads very fast.

More from Sounds And Effects