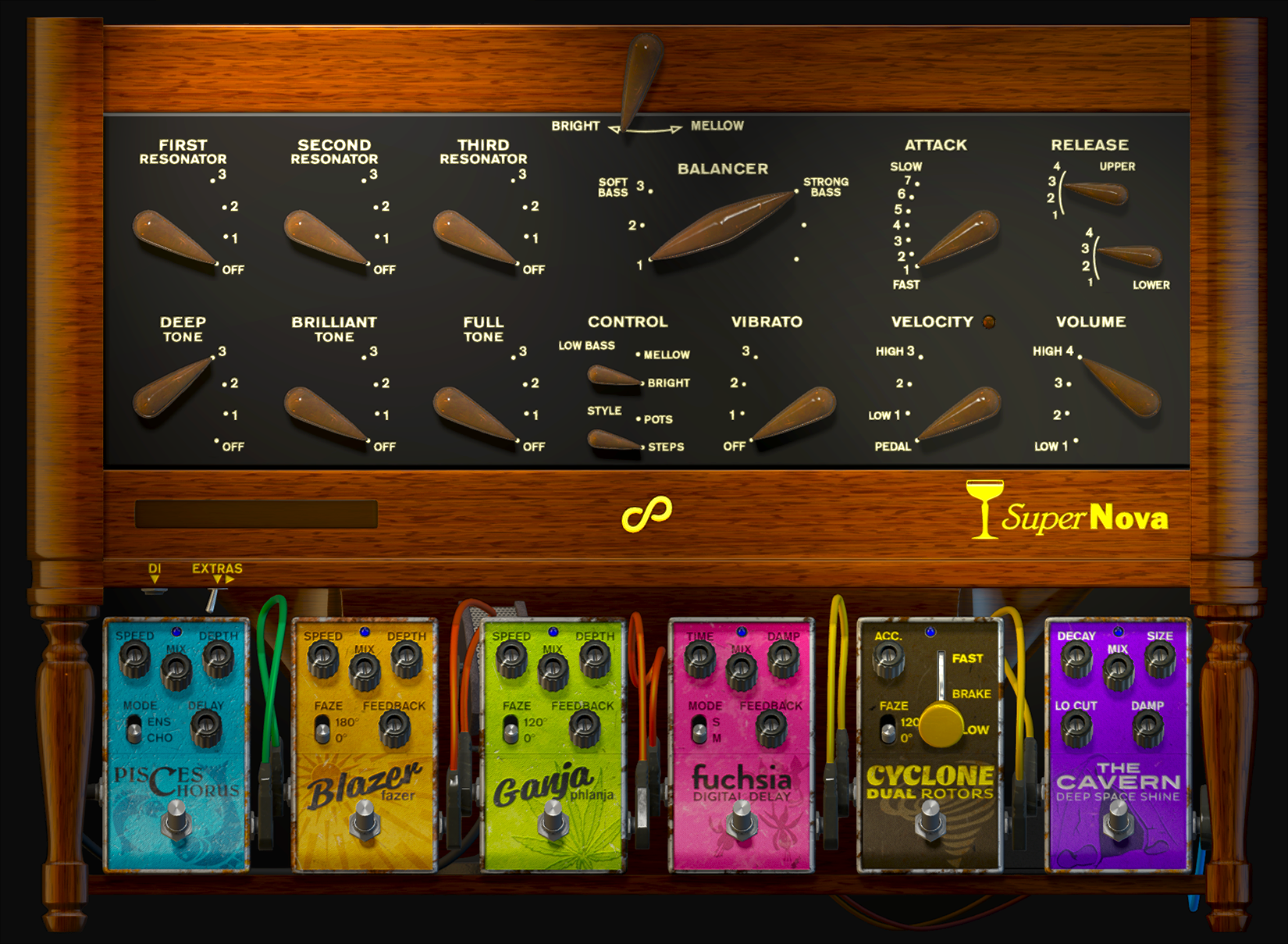 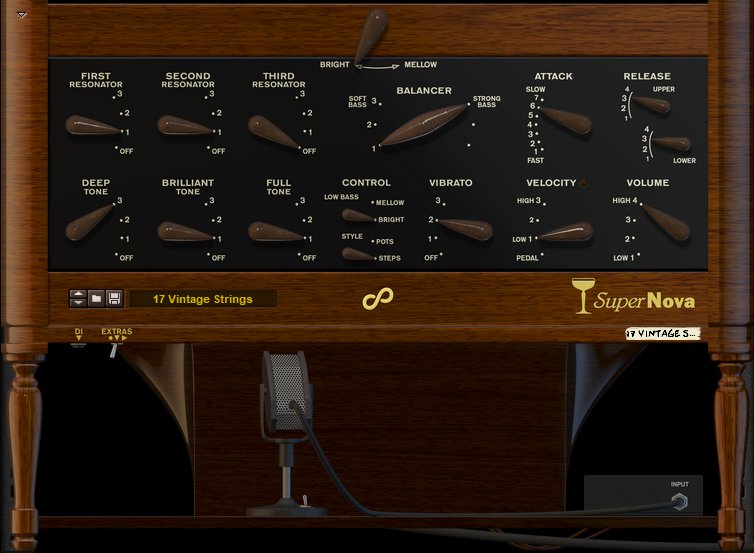 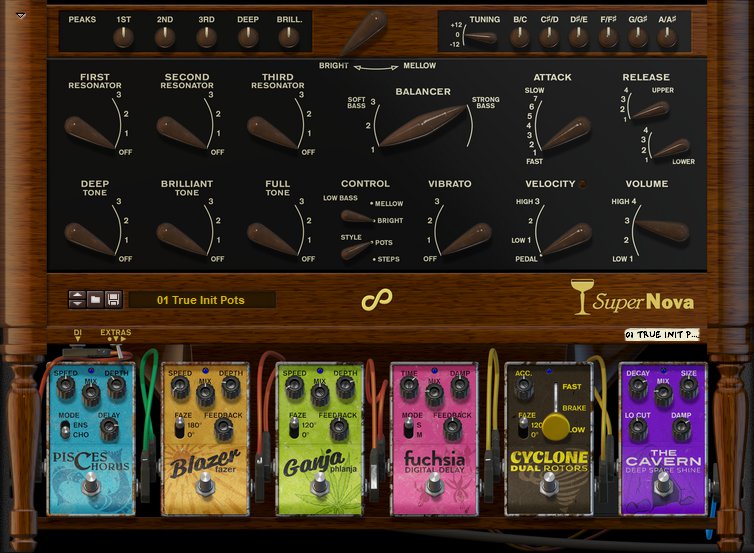 Developed in the late 1930s by the Hammond Organ company, the Novachord was an instrument that, despite using a vacuum tube oscillator and divide-down circuits, was perhaps forty years ahead of its time. Many of the Novachord’s features would not be seen again until the mid to late 60s, or even into the 80s!

It provided not only a level of polyphony that synthesizers of today can’t reach (72!) but also featuring Attack/Delay/Release and Attack/Hold/Release envelopes (with a Release stage separately adjustable for lower and higher keyboard range, allowing the upper range to be nice and lush with a long release, while preventing lower notes making everything too muddy by setting those to a separate, shorter release), six slightly rate-offset LFOs controlling vibrato to note pairs, and five mixers controlling tone from parallel filters: a high pass, a low pass, and three formant bandpass resonators. An additional control mixes the unfiltered tone. Finally an additional low pass filter could adjust overall brightness. According to one piece of research, a prototype even featured velocity!

While the Novachord had unstable pitching and was generally erratic and noisy, the result produced wonderfully strange strings and eerie synth choirs. In Champagne SuperNova we capture some of that vintage analogue charm and warmth in a unique software product.

Taking a different approach to the original Novachord ReFill, the Champagne SuperNova Rack Extension instead uses newly created and clean waveforms inspired by the Novachord, to create a device that I hope is in keeping with the spirit of the original, both in design and in creating a very 1940s/50s synthesizer soundtrack tone, while being a little more flexible in terms of being able to dial back the noise and instability and adjust the tone during or post performance when required, which preset samples can’t do particularly well. This is not, then, a strict emulation of the Novachord, so much as a stylistic reinterpretation based on its design ethos. Enjoy its cosy and vintage tone, and unlike the real thing, on starting it up, it is immediately playable: you won’t need to wait for those vacuum tubes to warm up!