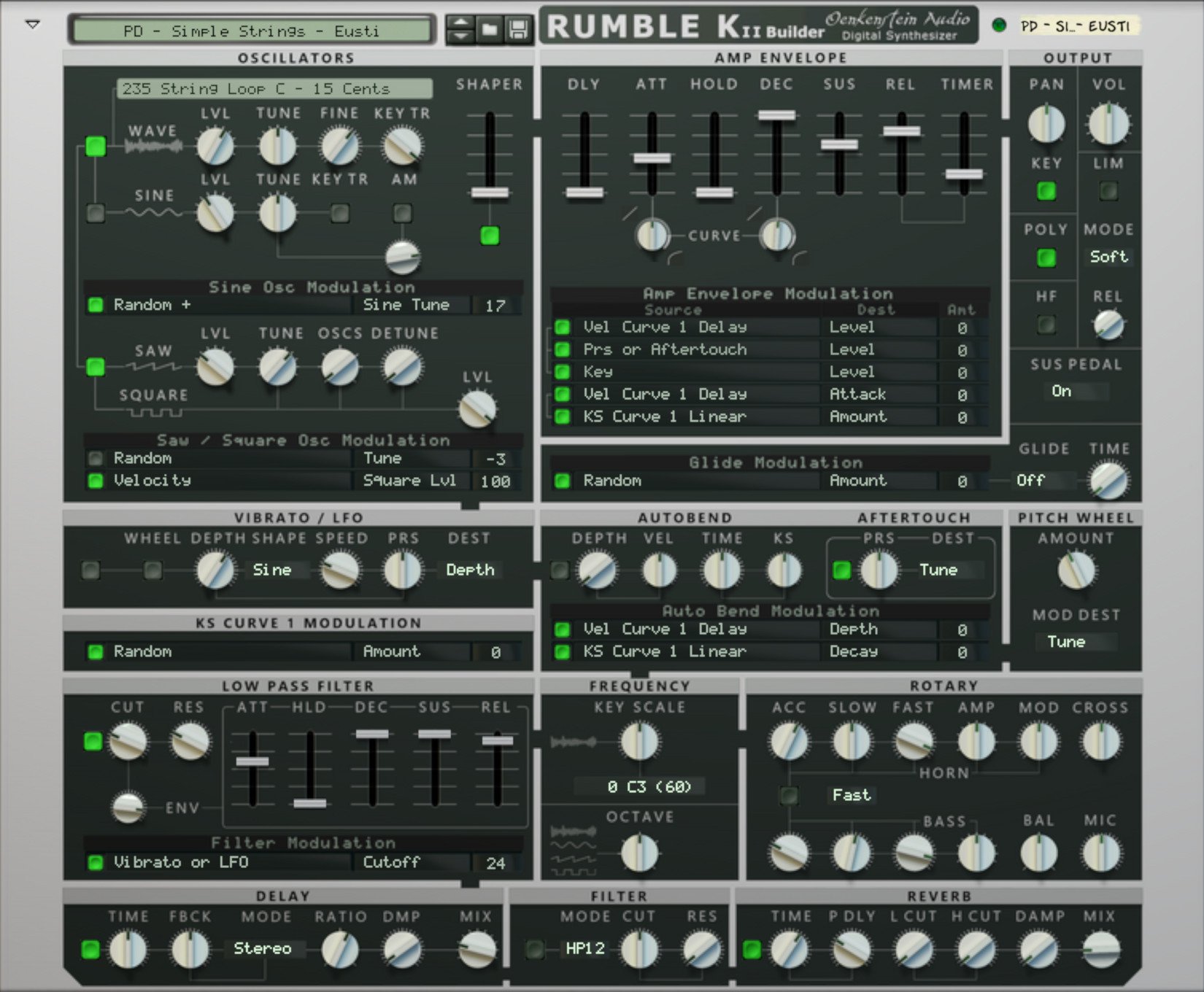 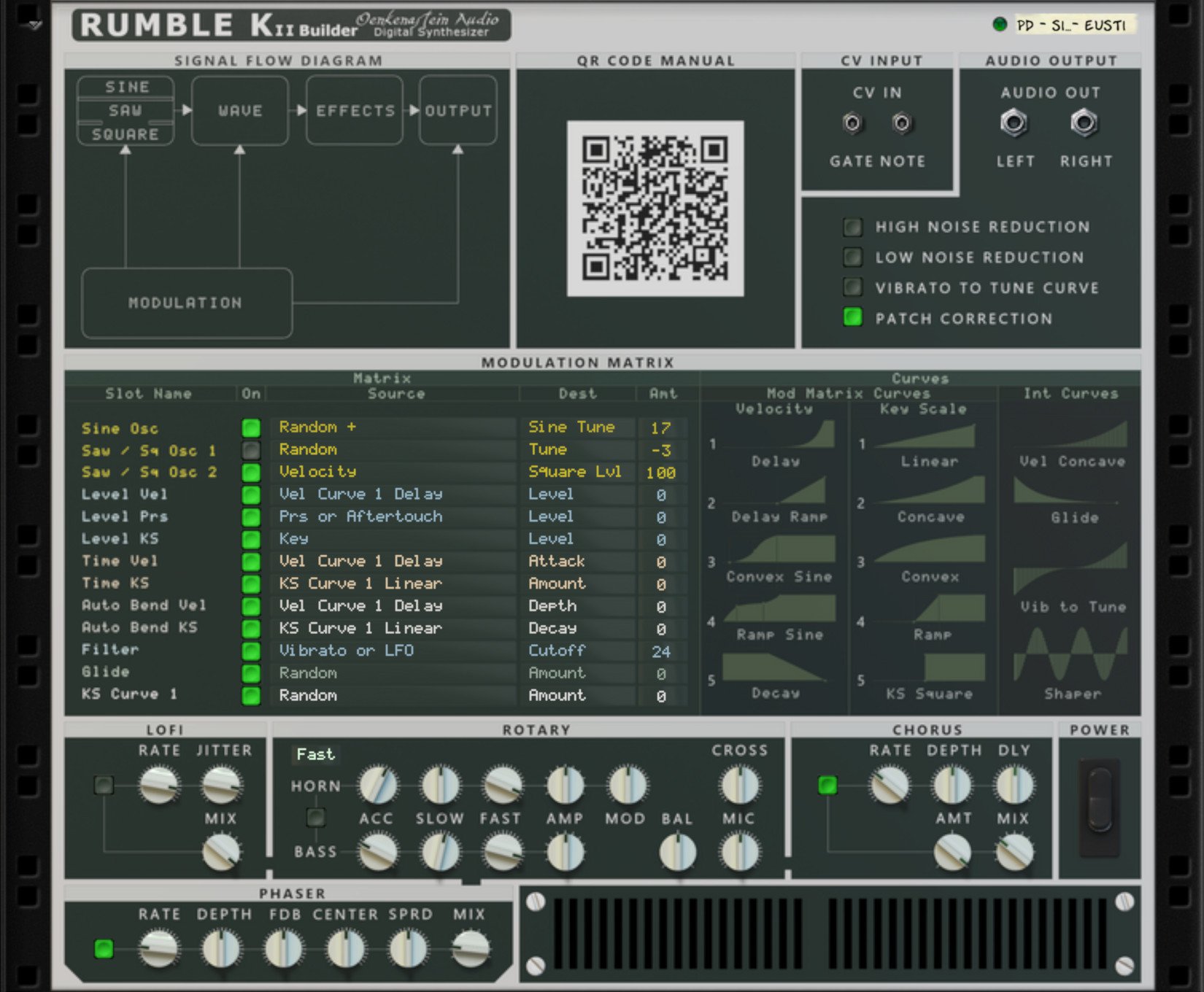 Rumble K II Builder is a digital wavetable synthesizer and is an emulation of an additive wavetable Kawai K1 digital synthesizer from 1985. This Rack Extension mimics the operation system and the naming conventions on a Kawai.

Included are 256 waveforms, 96 single and multi instrument patches from the Kawai K1 ROM pack A and 120 signature patches, made by 4 skilled sound designers.

This device is for everyone who wants to:
- Have a collection of the original instrument patches of the Kawai K1.
- Transfer sounds from the Kawai K1 and build patches for use in Reason.
- Have a lofi 8 bit character synthesizer as an addition and counterpart of synthesizers with very clean oscillators.
- Make lofi sounds or instruments for use in genres like hip hop, but also wants to use emulations of classic sounds like the Roland TB 303 bass synthesizer, the raving Roland Alpha Juno Hoover instrument and the Roland JP 8000 trance Super Saw sound.

The Rumble K series derives its name from the legendary guitar 101 hero and inventor of the power chord: Link Wray, who used to poke a pencil in an amplifier speaker to get a gritty, distorted sound.