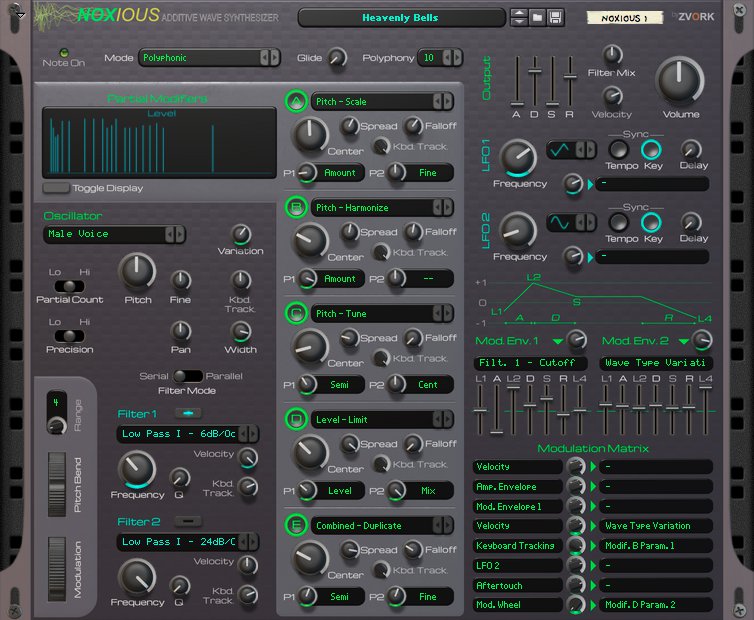 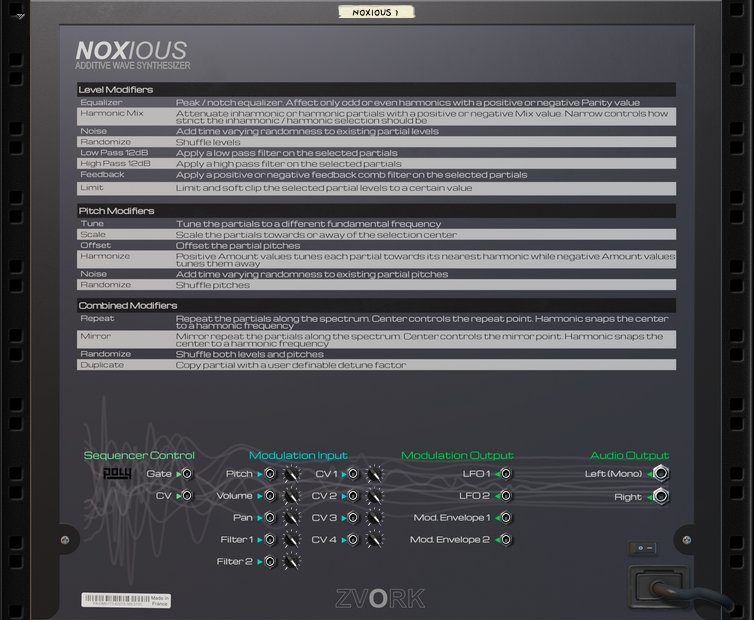 Noxious is also available in a bundle with Oberon and LeSpace.

Noxious hides away much of the complexity of additive synthesis and is fairly intuitive if you are used to subtractive synthesis and forget all the “partial modifier” part. Without all this, you still get an alias free subtractive synth with filter slopes ranging from 6 to 48 dB/octave. But if you start to delve in the modifier stack, things start to get really interesting. Twist your sound spectrum in ways unimaginable with classic synthesis and use the spectrum display to keep track of things.

And if that isn’t enough, control voltage signals can be used to modulate sections of Noxious from external devices thanks to Reason’s powerful cable system.

Documentation is available in english and PDF format at this link: http://zvork.fr/audio/wp-content/uploads/2013/06/Noxious-Manual-EN.pdf

Unless otherwise stated all sounds of the demo tracks are made with Noxious, except drums and vocals.

Fixes a bug with LFO 1 & 2 CV outputs which had double the frequency of the internal LFOs. Also adds a dozen new patches.

Corrects a small typo on the front panel and adds a handfull of new patches.

Corrects a bug with the partial display and adds some more patches.

Corrects a potential crash when crossbrowsing to Noxious while playing legato notes and adds some more patches.