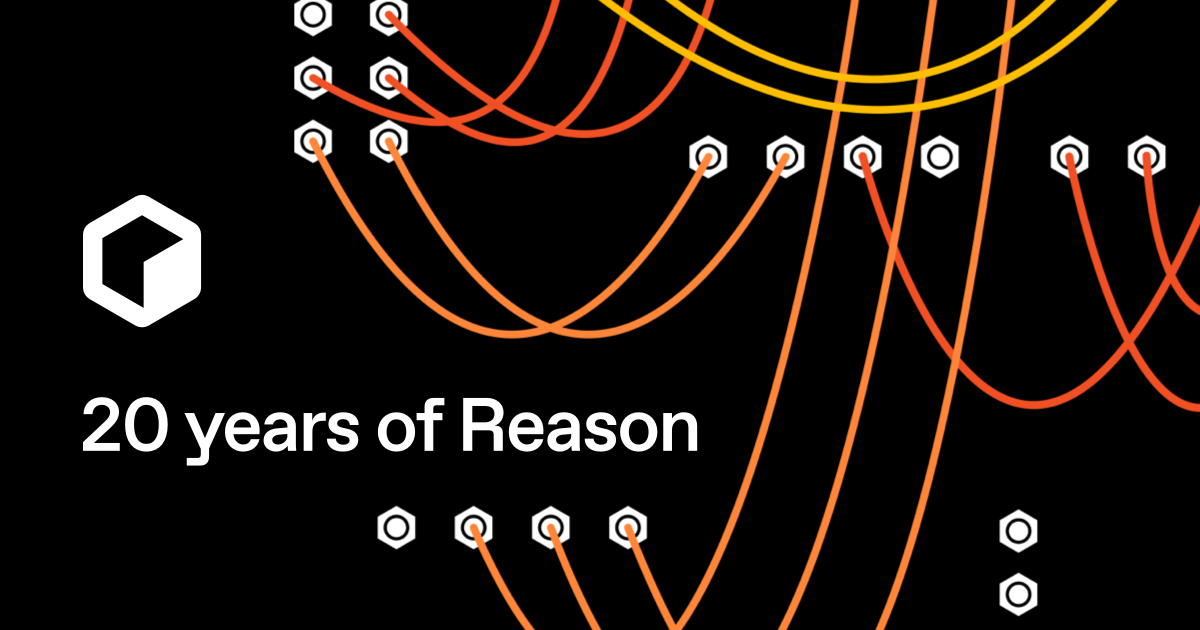 We can hardly believe it ourselves but Reason is celebrating its twentieth anniversary! They grow up so fast, don’t they? Subtractor, Redrum, NN19, and the half-rack effects arrived on computers in late 2000 and changed music making forever—bringing color, cables and creativity to anyone. In the 20 years since, Reason's matured into a stacked Rack of synthesizers, instruments, Player MIDI effects, mixing tools, creative effects, and modular utilities. Both as a full-featured standalone DAW and a VST/AU/AAX plugin.

Even more important than that, Reason's played a part in a staggering amount of music being made. I can honestly say that nothing makes me prouder than that. In other words, it's been an amazing journey so far and we're extremely thankful  that you've been part part of filling it with music. As a token of our appreciation and a way of celebration, we put together a digital goodie bag filled with patches and nostalgia for everyone to download and enjoy.

Explore the very first Reason demo songs to hear how Reason sounded 20 years ago, use the high resolution device logos to print your own stickers or even t-shirts, give your computer or phone a makeover with beautiful anniversary backgrounds, and check out the two included ReFills for a ton of new sounds.

The Reason20 Community ReFill is filled with patches submitted by the passionate Reason community. You'll find a lot of really cool Combinators and other patches in there, ranging from Subtractor to the Reason Studios latest devices. The Reason20 Anniversary ReFill was made right here at Reason Studios. We challenged ourselves by using only the devices that originally shipped with Reason 1.0 and the Combinator. Not only was it a lot of fun but it's honestly pretty impressive how great Subtractor still is, so make sure you check that out!

Here's to another 20 years of Reason!