“These apps make great companions to Reason,” said Hanna Åstrand, Product Manager, “They give musicians super starting points for their ideation, from creating a beat in Figure to taking a Reason track offline for vocal or lead line recording in Take. We’re working hard to make the apps even better with more inspiring sounds and beats and tighter integration with Reason. Stay tuned!”

Adding to the Propellerhead’s family of iOS music making software apps, Figure and Take, take their place alongside Reason Compact and Thor synths. All the apps work with Reason, the integrated software music production studio with audio recording, million-dollar mixing, built-in collaboration tools and a massive collection of instruments, sounds and effects.

Figure and Take are available now for free in the Apple App Store. Users who already have the apps installed will receive updates automatically on their iOS devices.
Both Figure and Take requires iOS 11.0 or later. Compatible with iPhone 5s or later, iPad Air or later, and iPod touch.

App Store Hall of Fame inductee, Figure enables you to create an addictive beat in less than two bus stops. Truly designed for mobile use, Figure gives you drums, bass and lead synths–all controlled through an incredibly easy to use interface that gets you sounding great in seconds.

Take is the creative vocal recorder that lets you capture your musical ideas–anytime, anywhere. With a single tap you’ll be recording, beatboxing, overdubbing, riffing, writing and trying out song ideas.
Catch inspiration when it strikes you. Import Reason backing tracks and record your ideas on top. Export and continue when you get back to Reason. 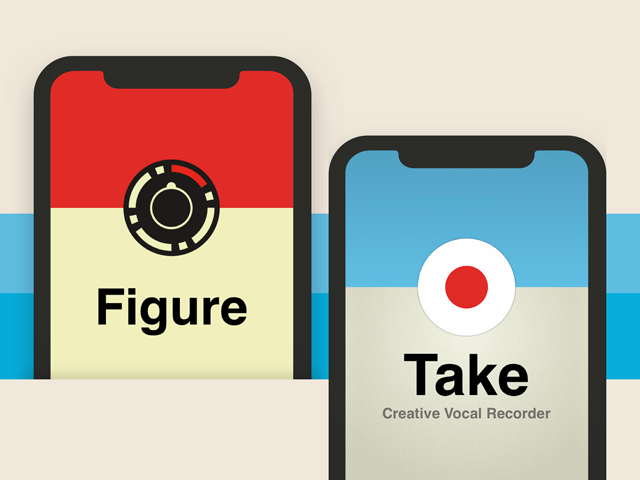