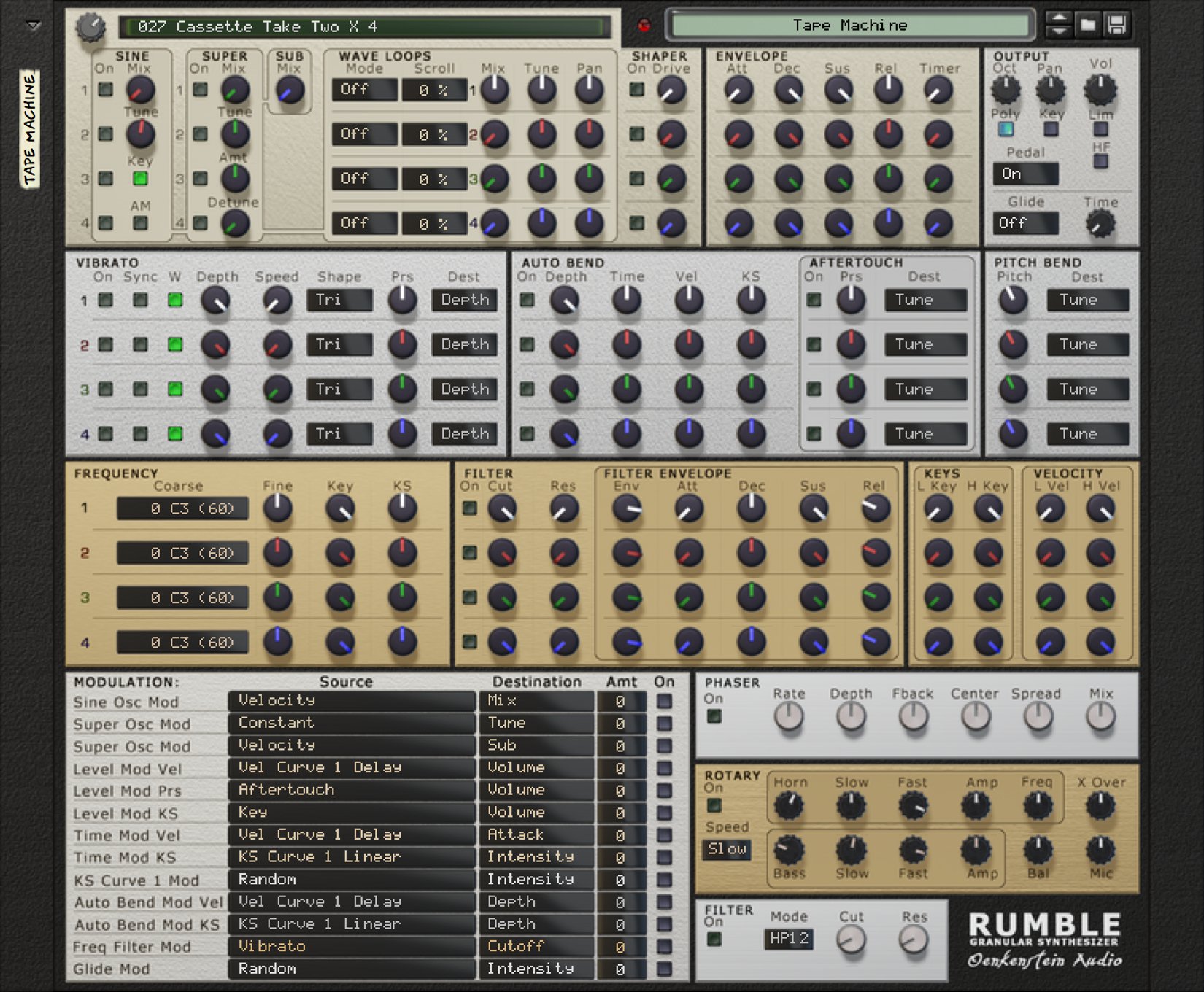 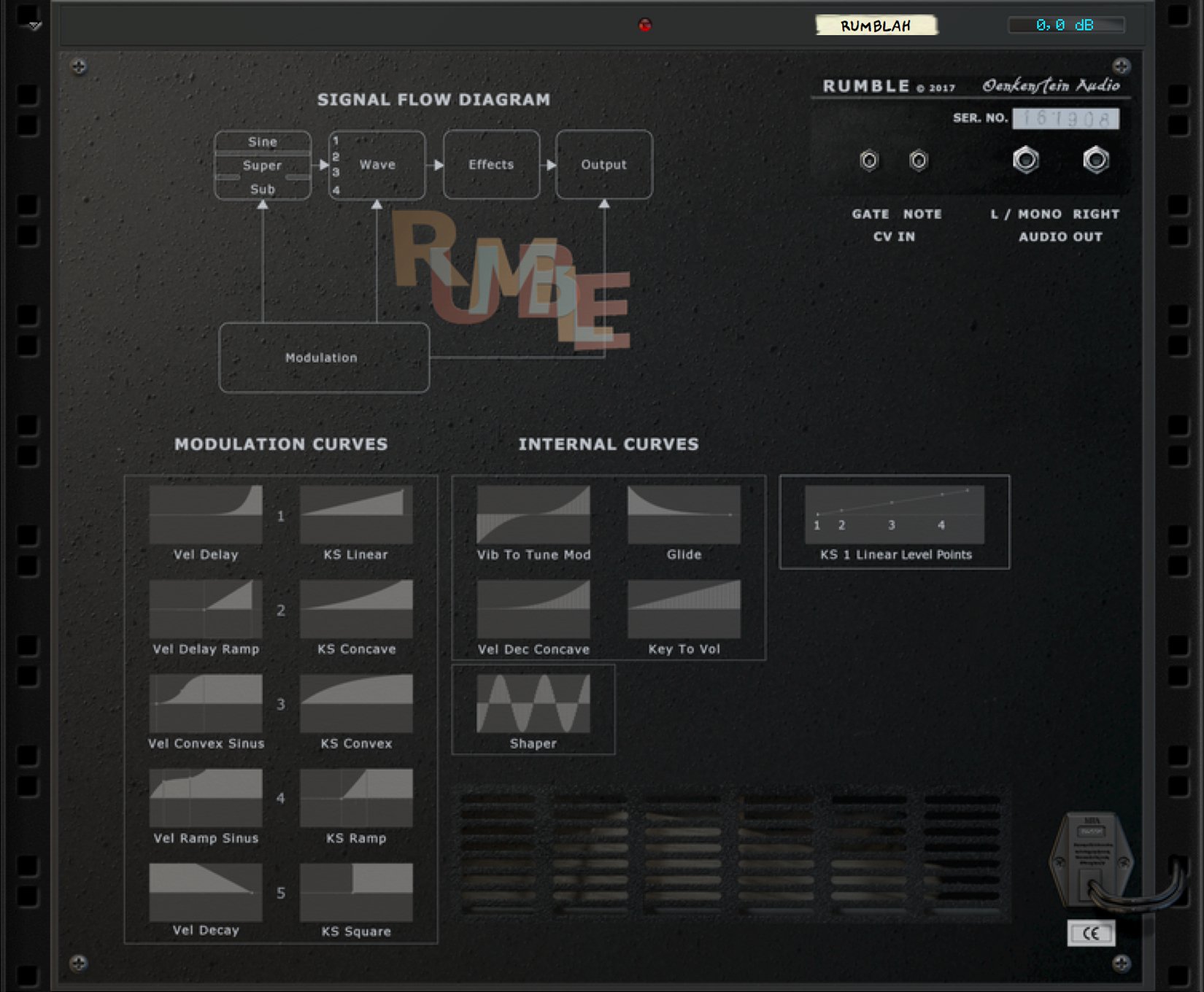 The device mimics the operation system and the naming conventions on a Kawai K1. However, the sounds of the basic short cycled wave loops used as oscillators are totally different. A Rumble sample contains 4 wave loop oscillators and you can scroll through each wave loop oscillator. Each wave loop is divided in 100 very short sample parts or grains. One grain holds information about the characteristics of a sampled instrument, like a bass, piano and organ. It also can be a part of a very long recording like a cassette-tape rewinding.

While playing the keyboard, you can scroll, in real time, through 64 Rumble samples containing 4 scrollable wave loop oscillators, each with 100 grains, producing 16000 different perfect pitched sound sources to start building your patches. The hardware version contains an operation system build in such a way, most of the 39 sonic functions on the 4 short cycled wave loop oscillators can be controlled by a MIDI keyboard. The modulation matrix in Rumble is
built to achieve the same goal as in the hardware version: Playability.

Rumble derives its name from legendary guitar 101 hero and inventor of the power chord Link Wray, who used to poke a pencil in an amplifier speaker to get a gritty, distorted sound.