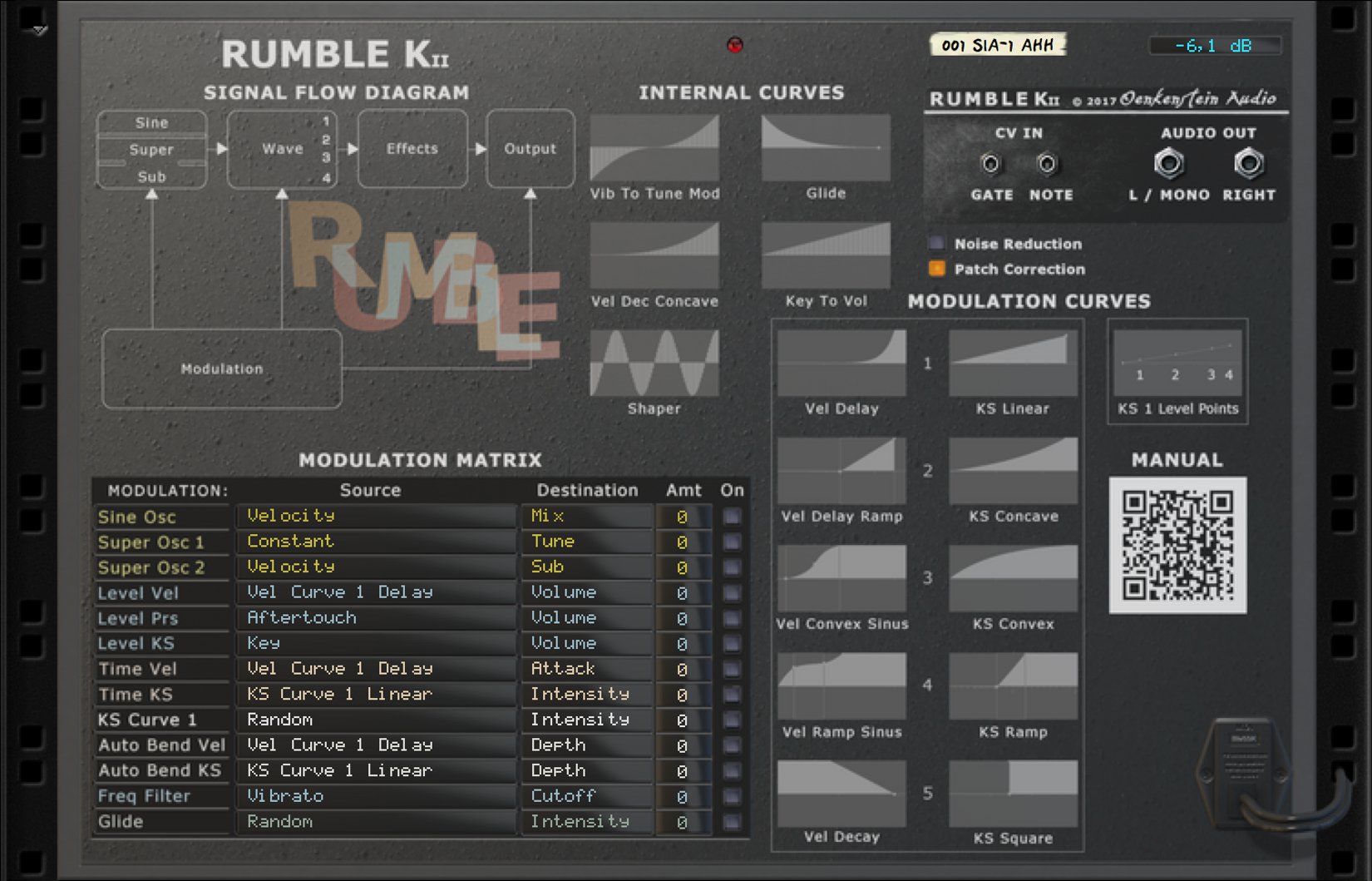 Rumble K II is an emulation of an additive wavetable Kawai K1 digital synthesizer from 1985.
This Rack Extension mimics the operation system and the naming conventions on a Kawai K1 and also contains all the default patches: 64 Single instrument patches and 32 multi instrument patches. Also included are 84 signature patches made by sound designers Navi Retlav, Buddaka, Loque and Wongo the Sane.

Rumble K II is build as a patch or instrument browser and can be used as a synthesizer. This version of the Rumble K series has some additions such as Sine, Super and Sub oscillators, a Wave Loop Shaper, an Amp Envelope section with ADSR controls, Vibrato, Auto Bend, Pitch Bend, Frequency, Filter, Keys and Velocity panels, 3 effects devices and a Modulation Matrix.

The Rumble K series derives its name from the legendary guitar 101 hero and inventor of the power chord: Link Wray, who used to poke a pencil in an amplifier speaker to get a gritty, distorted sound.