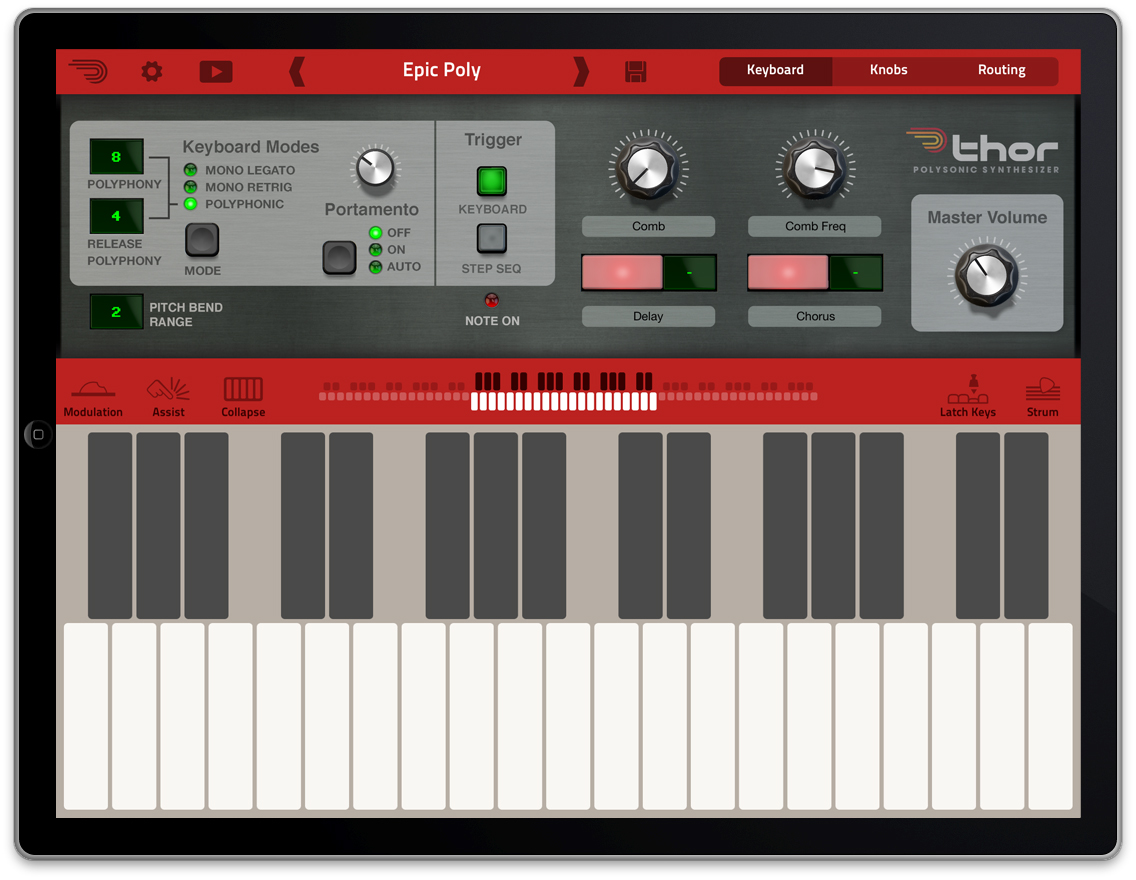 Thanks for choosing Thor for iPad!

Thor for iPad is a very advanced synthesizer with many unique features. The original Thor first appeared in Propellerhead Reason Version 4 for Mac and PC; this has now been ported and optimized for the iPadplatform. Thor patches are totally compatible between the Reason version of Thor and Thor for iPad. This means you can create patches on one platform and then transfer them to the other. The only things that differ, compared to the Reason version, are the lack of audio inputs and CV jacks on Thor for iPad.

Thor’s design could be described as semi-modular, in that the oscillator and filter sections are open slots that allow your to select between various different oscillator and filter types, each with a distinct character. Some of these designs were inspired by selected vintage equipment. As a result, Thor is capable of producing an astounding array of sounds.

While it offers a lot of scope for serious sound modelling, it still has a simple and user-friendly interface.

In the extensive Modulation Bus routing section both audio and control signals (CV) co-exist, and more or less any routing combination can be assigned - Thor’s modulation capabilities are virtually limitless.

Thor also features an advanced step sequencer which can be used for creating melody lines or purely as a modulation source.

This documentation assumes familiarity with common synth terminology like oscillators, waveforms, filters and envelopes. If you are new to synthesis (or these terms), you may want to read the Subtractor Synthesizer chapter in the Reason Operation Manual first, where these elements and how they interact are described from a more basic point of view. The Reason Operation Manual can be downloaded at www.propellerheads.se, free of charge.